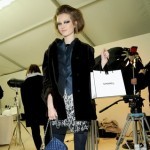 JAC was born on 15 January 1994, she is 5 ft 10+1⁄2 in (1.79 m) tall. Even though she’s only 16, she’s already ranked #10 on the Top 50 Models Women List. In 2007 she was the face of Hermès campaign along with Daria Werbowy, in 2008 she was invited to Australian Fashion Week but she was rejected due to her young age. JAC opened Versace and Joseph Altuzarra Fall/Winter 2010 fashion shows and has also walked the runway for Michael Kors, Ralph Lauren, BCBG Max Azria, Narcisco Rodriguez and Calvin Klein. 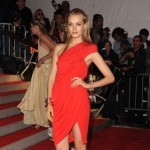 Anna was born September 12, 1987, she is 5 ft 10 in (1.78 m) tall. She debuted at Pringle of Scotland’s Fall 2003 show and then moved to New York City where her fashion career speeded up. In 2005 she did modeling for the fragrance Moschino Funny and for the Neiman Marcus catalog. She did editorial work for Vogue and Harper’s Bazaar. Apart from walking in the annual 2009 Victoria’s Secret Fashion Show Anna Jagodzinska has also walked the runway for Alexander McQueen, Burberry, Balenciaga, Chanel, Givenchy and Louis Vuitton. 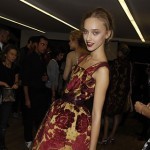